I was born in Boston, Massachusetts, in the USA and I was one of three children. I have a sister, Sally, who is two years older than me and a brother, Greg, who is three years younger.

My family moved from Boston to Anchorage, Alaska, when I was in primary school. We were there for four years. Because it's so far north, Alaska is very cold for most of the year and only has a short summer. At first we lived in military housing on an Air Force base but later we had our own house just outside the base. This was during the Korean War and the base was used to send supplies to Korea. We had lots of pretend air raids to make sure everyone was ready in case we really were attacked. (Thankfully we never were.) Alaska is incredibly beautiful but living was very basic. There was no television and home computers hadn't been invented yet so when we weren't at school and on days when it was too cold to play outside for long we listened to the radio and played cards or other games.

One summer my sister and I were sent off to live with an older couple on a farm in the country. We lived in a log cabin that they had built themselves. I used to go down to the stream just near the house and catch trout for breakfast. One day I was lying next to the stream and I heard a big splash. I looked over and there was a big brown bear very near me. He was fishing too but by standing in the stream and hitting fish out of the water. I did what I think anyone would have done – I ran. I ran to the house as fast as I could, imagining all the time that the bear was about to catch me. Fortunately he didn't chase me – because bears are a lot faster than humans.

My family moved back to Boston for a while and then we moved to Madrid, Spain. We were there for three years. It was a wonderful experience.

All three of us kids were put in different schools. I first went to a school where no one – not even the teachers – spoke a word of English and I didn't speak a word of Spanish. But I soon learned and made some good friends. Later I went to an American military school. My father was a civil engineer and was involved in building an American Air Force base in Spain.

I loved living in Spain. I loved the food, the music, the art and most of all, the people. It was a great place to spend some of my teenage years. And, of course, it was completely different from Alaska in every way. Spain had had a terrible civil war which was now over, but there were still bombed-out buildings, many injured people – often blind or missing limbs – and a lot of poverty. So although it was a vibrant place to live there was also a lot of sadness.

Madrid has a huge art gallery called The Prado. I went there often and developed an eye for paintings. In fact I wanted to be a painter and later did do quite a lot of painting and even had some shows of my work in galleries in America.

I also started reading books (in English) when I lived in Spain. I'd been a very poor reader when I was in primary school. When I was little I loved to be read to, as most kids do, but I was slow to become a fast reader. Finally, in my teens, I first discovered poetry and then adult novels. It seems strange now to think that a boy who didn't read children's books now writes them.

While my family lived in Spain I spent a couple of summers at a camp in Switzerland and did lots of mountain climbing. A mountain guide gave me my first taste of rock-climbing and later, back in America, I did a lot more of it. While I still love to get out onto hiking trails I'm now too old, too unfit and too scared to rock-climb anymore.

I finished high school in America and went to university to study Civil Engineering. But after a year I decided that I didn't want to be an engineer. So I worked for a while, saved a bit of money and travelled to Paris, France, where I did a course in French language and culture. I was only in Paris for a little less than a year but I loved being back in Europe. And once again, there were excellent museums such as the Louvre and I met artists and writers and other people who made their living in the arts. When my money ran out I moved back to Boston again and went back to university to study first Chemistry and then Mathematics. I also worked as a Chemical Technician to pay my university fees.

It was a busy time: I not only studied and worked but married and my wife and I had two sons. And I was also painting paintings when I had a spare moment.

In 1974 I moved to Australia with my then wife and 2 sons. I loved it the moment I got here. I loved the sun, the beaches, the parks like the Blue Mountain National Park and people with a wonderful attitude to life.  At first I worked as an industrial chemist doing chemical research, but then I started writing books. My first book was an adult thriller, then I wrote a children's book and decided that I liked writing for kids.

I quit my job as an industrial chemist and went to work as the editor of the School Magazine of the Department of Education of New South Wales in Sydney. The Magazine is a literary magazine for kids and in the four and a half years that I worked on it I learned a great deal about writing for kids: about their various reading levels and their interests. The School Magazine has been a wonderful training ground for writers such as Patricia Wrightson, Lilith Norman, Anna Fienberg, Geoffrey McSkimming and many more. And many Australian children's book illustrators learned their craft while illustrating for the magazine. Two who spring to mind are Kim Gamble and Allan Stomann (who has illustrated all of my Selby books).

In 1982 I decided that I didn't have enough time to write while I was working as the editor of the School Magazine so I resigned and started writing full time. I'd written a novel called The Ghost and the Goggle Box and I was writing about a talking dog named Selby for Family Circle Magazine. Later I took the first eighteen Selby stories and gave them to my publisher and the first Selby book, Selby's Secret, was published. The book did very well so I wrote another one, and another, and another… As I'm writing this, the sixteenth book of Selby's adventures is about to be published.

My two sons, Eliot and Ian, have long since grown up and moved away. Eliot lives in Sydney and works at Stanton Library in North Sydney and Ian is a mathematician and works for the Australian Antarctic Division in Hobart, Tasmania. Ian, in turn, has three sons: Callum, Ethan and Lemuel. So I'm a grandfather three times over.

I live in the Inner West of Sydney in a small terrace house with my wife, Jill, and our cat Jasper. Jill was a professional musician – a viola player – for many years and played with a number of Australian orchestras. Then she retrained as a librarian and worked for some years at the State Library of New South Wales in Sydney. She recently retired and now works with me at home.

A writer's life isn't exactly what I expected it to be. I thought that writers just sat in a room and wrote and a publisher turned the writing into books and sold them. It's true that that does happen but these days children's book writers spend quite a lot of time talking about their writing, or reading stories, or even teaching writing at schools and at festivals. So it's not a lonely life at all. I have many writer and illustrators friends and I've travelled all around Australia and even to Indonesia, Thailand, Singapore, China and Japan to talk about my books.

When I'm not working I love to go bushwalking and travelling to just about anywhere. There is still so much of Australia and New Zealand and the world to see.

The other thing I spend a lot of time doing is answering letters and email from kids. I love to hear from kids – and teachers and parents – and I try to answer all of my mail, although when I have a writing deadline or when I'm travelling I can't always answer straight away. I also know that Selby and Emily Eyefinger like to get email and letters. If you want to get in touch go to the get in touch! section of this site.

Read more about me in the FAQs section of this site. 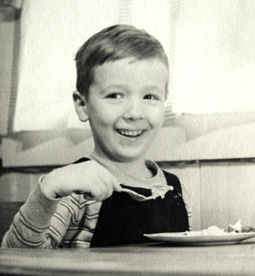 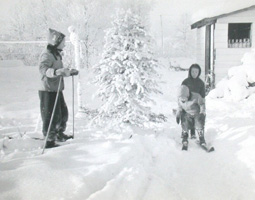 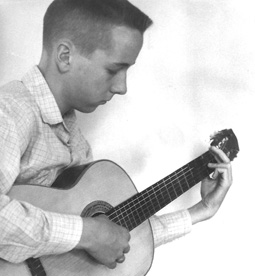 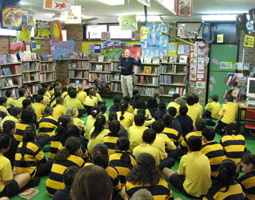 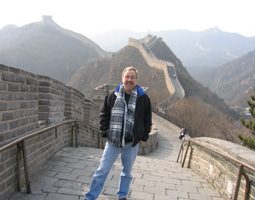 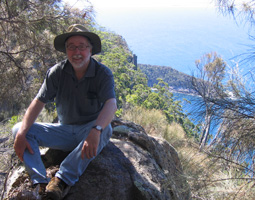 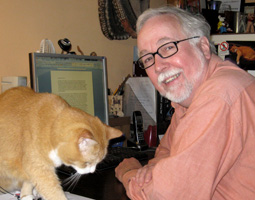